The games are a Eurasian steppe analog of the Olympics

The attacks in Saint Petersburg, Stockholm and Paris on 3, 7 april 2017 & 12 may 2018 respectively have brought to light that the Islamic extremist mindset do not spare citizens from Central Asia states. Perpetrators of these attacks, Akbarjon Djalilov, kirgiz citizen, Rakhmat Akilov, uzbek citizen, and Hassan Azimov, Russian citizen Chechen, were for two of them building sector workers in the countries where they lived; willing to join Syria, they fell down in radicalization in contact with Chechen recruiters or from central Asian diaspora . The implantation of Khorasan state became a real motivation for central asia jihadists; such an extent that IS tries to spread into the region thanks to alliances with Tehreek-I-Taliban in order to unite all the terrorists groups under the flag of IS. For Central Asian states, the stake is to avoid the coming back of citizens left to Syria and to limit the extremist contagion. Despite of their governance weakness and economic situation, the penetration of IS seems to be complex for social and cultural reasons. Thus, economic migration to Russia, Turkey and to European Union become a privileged target for recruitment. 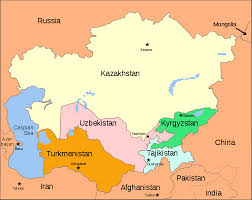 In the Caucasus and Central Asia, the lira’s rot could spread

Fil Rss des articles We are in your hands, ladies and gentlemen. Support us with a penny.